Khalsa Ji When I took Amrit we were told not to wear red or green Dastaar or clothes. Later I met an elderly Nihangh Singh who explained that green is symbolic of Islam and the clour red is placed

All you Man Utd, Arsenal and Liverpool supporting Sikhs need to chuck those replica shirts in the bin. I'm being serious. 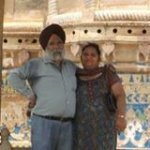